Since the day before was a research day, the next day was for exploring.

I highly recommend visiting the Colonial Pemaquid State Historic Site if you are in that part of Maine. It has a complex history that includes three forts built at different times: In 1677 (Fort Charles), in 1692 (Fort William Henry) and in 1759 (Fort Frederick). The fort that stands there now is actually a reproduction of the tower and base of Fort William Henry and houses exhibits and a grand view of the harbor.

View of the reconstructed fort

View from the fort tower

There are many places in the immediate area where foundations of older buildings have been uncovered and they have been left as-is for people to see, with explanations of what was found. The following was part of the original Fort William Henry. One of the

most interesting recreations was a fisherman’s hut, copied from one that was uncovered during one of the digs. I still find it hard to believe a whole family lived in that tiny building but according to their sources the fisherman would have had his wife and children living with him. Two men were working at the hut the day I went. Not only did they explain the history and answer questions, they were also whitewashing the inside of the chimney. 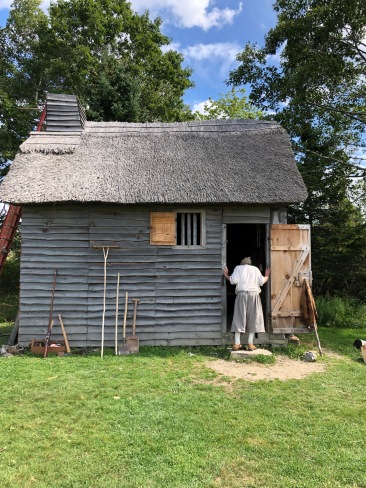 The recreated fisherman’s hut with one of the reenactors 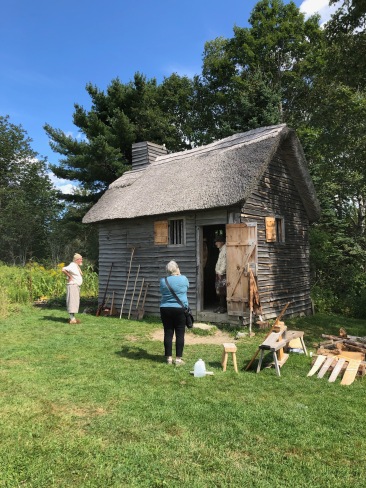 Some of their tools and projects to the right

Near the hut is the Old Fort cemetery, sometimes called the Pemaquid Cemetery. I found two ancestors buried in the old burial ground: Joel Sibley and his wife Ann (Tibbets) Sibley. Next to them is their daughter Nancy T. (Sibley) Ayers. I am still researching when they settled in the area. According a transcription of the Bristol town records, they married in 1809. 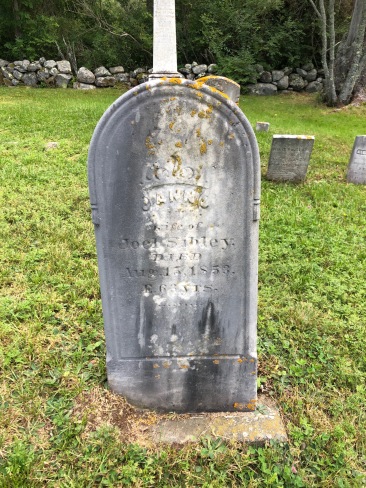 I did not get photos of the museum but it has a great exhibit of artifacts that were found in archeological digs as well as examples of housewares the inhabitants would have owned over the years. You can find out more information by visiting the Friends of Colonial Pemaquid website.

My final stop of the day was the Pemaquid Point Lighthouse and the aptly named Seagull cafe for lunch. 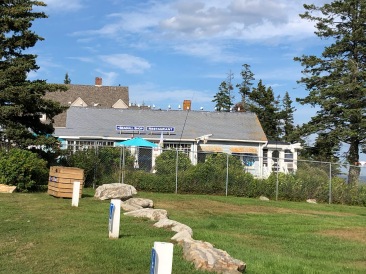 Seagull Shop and restaurant with seagulls on the roof

This site uses Akismet to reduce spam. Learn how your comment data is processed.